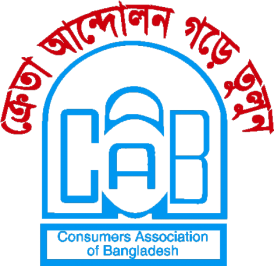 National organization CAB has come up with a proposal titled ‘Bangladesh Energy Transition Policy’ to protect consumer rights against the irregularities, corruption and anti-consumer interest of the Ministry of Power, Energy and Mineral Resources of Bangladesh. CAB organized a public view exchange meeting on that proposed policy on Thursday, December 31, 2022 at Vidyut Bhawan, Ramna, Dhaka. 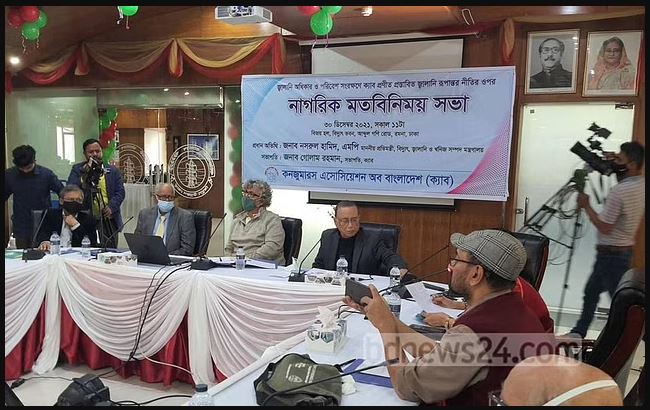 State Minister for Power, Energy and Mineral Resources Nasrul Hamid MP was the chief guest on this occasion and the President of the event was Mr. Golam Rahman, President of Consumers Association of Bangladesh(CAB). In the event, Prof. Dr. M Shamsul Alam, Sr-vice President and Energy Advisor, Consumers Association of Bangladesh(CAB) was present.  Professor Tanjim Uddin Khan, Department of International Relations of Dhaka University, Professor MM Akash of Department of Economics, Professor Badrul Imam, teacher of Department of Geography of Dhaka University, lawyer Syeda Rizwana Hasan, architect Mobaswer Heson, barrister Jyotirmoy Badua and other representatives of various levels of CAB were also present in the program. However, no representatives of government organization were seen in the event.w

Professor Tanjim Uddin Khan Department of International Relations  of Dhaka University said in the event that it is not possible to ensure fundamental rights without the right to electricity and fuel. Again, the environment and surroundings cannot be harmed while ensuring the right to energy, . This proposal is to move away from  harmful fuels for environment.

Tanjim Uddin Khan also said on the occasion, “There is widespread corruption and lack of competition among state-owned companies. Special benefits are being given to some individuals and companies. Due to which people’s interests and rights are being undermined. The proposal also recommends strategies for enhancing institutional efficiency and capacity and also recommends changes in the current pricing system”. He further mentioned that “through transformation energy sector, we want to increase ueses and dependence on renewable energy. This provides special benefits in terms of energy security. Now a major source of energy is foreign countries and imported from there. Renewable energy is setting a new precedent for staying out of international politics, including domestic politics of import dependence. Nepal is a good example in this regard.”

Prof. Dr. M Shamsul Alam, Sr-vice President and Energy Advisor, Consumers Association of Bangladesh(CAB) opposed the leadership of bureaucrats in government power and energy companies and said, “Where they are supposed to be in charge of protecting the rights of consumers, they think about the profit and loss of the company. This is clearly a conflict of interest. We need to build a bureaucracy-free and carbon-free energy system. That is the purpose of today’s proposal. If good governance is ensured in the energy sector, it will play a positive role in other areas of public life as well.”

Professor M M Akash Department of economics, Dhaka University said on this occasion, “Energy Regulatory Commission has been created in the fuel sector. They hold a hearing for efficient utilization of energy. But the private business organizations dominated the hearing. The price is determined through the traders. This proposed transformation policy is to ensure that the government takes the side of the people and not the businessmen in this fight.”

In the event, the speakers discussed various corruption and anarchy in the energy sector and highlighted various aspects of the proposal. In the implementation of the proposal and the preservation of consumer rights, the people are united to create public opinion.

Consumer Department: 44 companies fined Tk 2.70 lakh
How WFP is accountable and transparent to its donors
WFP aims to empower farmers like Odile to grow more crops, better and fulfil dreams such as sending